Fires in the Kitchen

Nearly two thirds of all domestic fires happen because of cooking. The kitchen is the single most dangerous place in your home. This section covers how to keep safe while cooking and what to do if a fire starts in your kitchen.

Steps you should take to make the kitchen a safe place:

Deep fat fryers fires cause one fifth of all accidental dwelling fires attended by the Fire and Rescue Service in the UK each year. About twenty people are killed or injured every day in accidental fires that start in their kitchen, the most common of these are caused by deep fat frying. If you do choose to use a deep fat fryer, make sure you do it safely.

Think about what you are doing when you are deep fat frying. Remember you are heating several pints of oil to extremely high temperatures. The oil can cause terrible burns and go up in flames. In fact, it’s an ideal fuel for a fire and difficult to put out.

Dealing with a Fire in the Kitchen

The Fire Service usually recommends that if you have a fire in the kitchen, do not take any risks, get everyone out of your home and call the Fire and Rescue Service. If you are not sure you can handle the fire or if it is spreading from its starting point then it is almost certainly already too big and you should leave the building. If you cannot deal with the fire, close the door on the way out and call 999.

If it is a deep fat fryer

If electric appliances are involved

Fire Extinguishers for the Home

There are two schools of thought on whether you should provide fire extinguishers in the home. One says do not attempt to extinguish a fire, get out and call out the fire and rescue service. This view assumes that an untrained person cannot and should not tackle a fire but it is also influenced by the fear of litigation if anybody gets hurt in tackling a fire. The other viewpoint is that it is up to the individual and whether they consider themselves capable and if so, they should have a go if the fire is at the very early stages and safe to tackle. This view is supported by national statistics which reported some time ago up to 47% of fires are not reported to the Fire and Rescue Service which would suggest the fires were extinguished by the occupants.

If you fall into the second group and wish to purchase fire extinguishers for the home, there are a number of suitable choices: 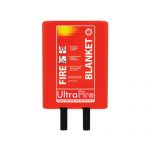 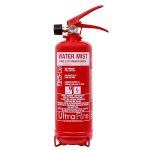 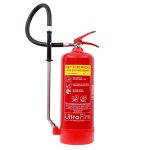 If you do purchase fire extinguishers make sure you read and fully understand the instructions. If necessary look for training on the use of extinguishers by fire experts.